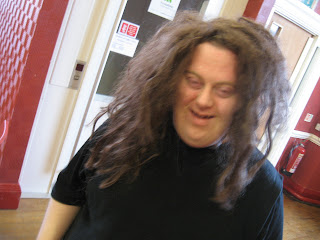 Today was our Play in a Day workshop. where participants devised, rehearsed and gave a performance in just a few hours. We were joined by students from Northumberland College and Seven Stars in todays activities. Everyone took part in a warm up and games which helped people get to know each other. Then the group broke into smaller groups to devise a story each on a chosen theme. The theme for today, chosen by the group was “Christmas Attitudes” Four scenes were created which looked at Christmas spirit, Greed, Selfishness and Respect. The scenes were then rehearsed, and linked together by characters “Rappin Santa and Elfie” we even had a guest appearance from Bob Geldolf played by Stars own Darren Hutton. costumes and music were added and the day ended with a final performance. Everyone agreed they had had a lovely day where old friendships had been rekindled and new friendships formed.

We gratefully acknowledge the generous support of all our funders which currently includes: